Rajkot has a glorious past and still is a spectacular tourist spot due to the historic remains from the British era and the culture of the Rajkot people. While in Rajkot, explore the neighbouring cities in Gujrat as well. Explore Rajkot with FlyinGroups. 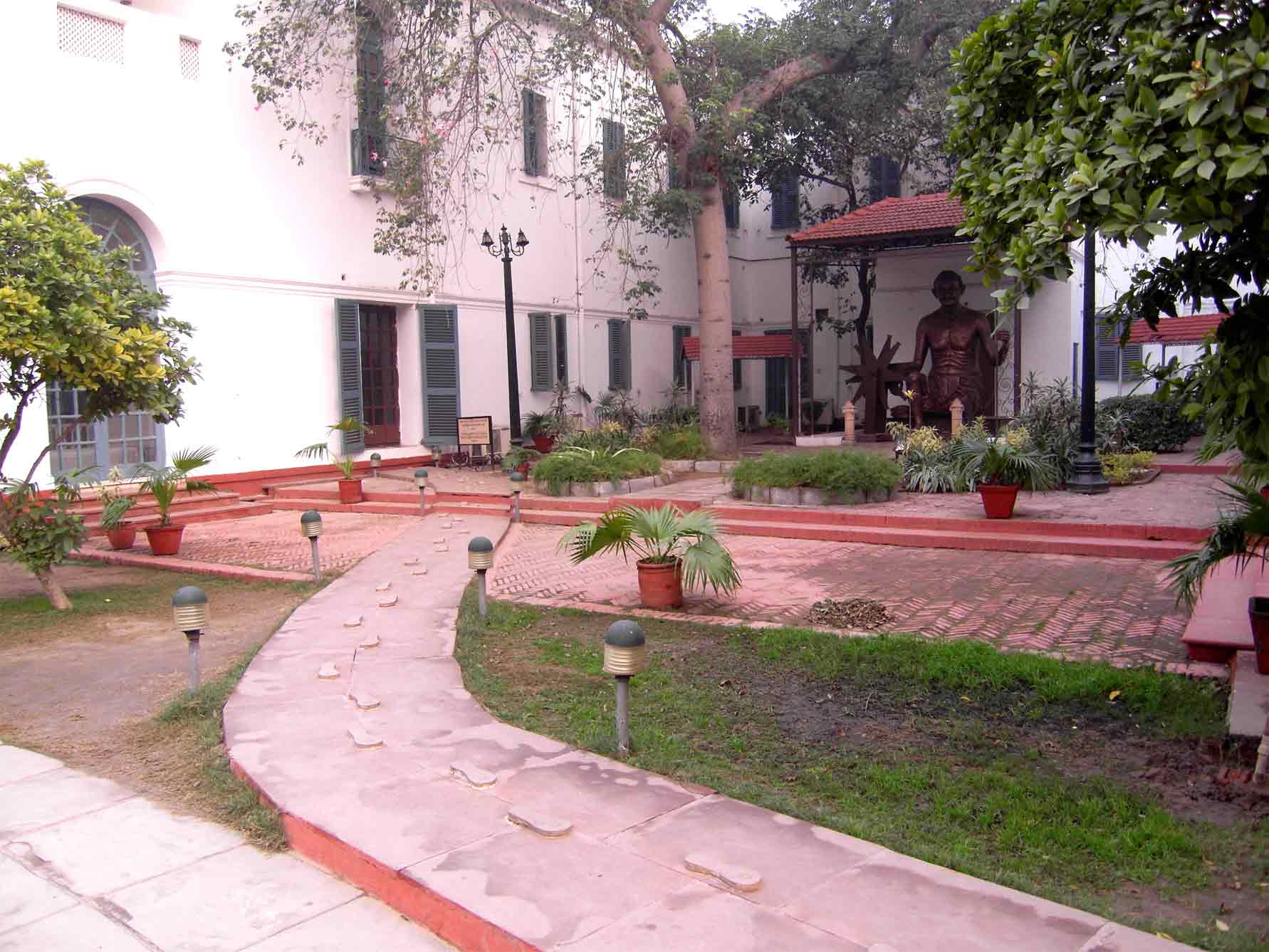 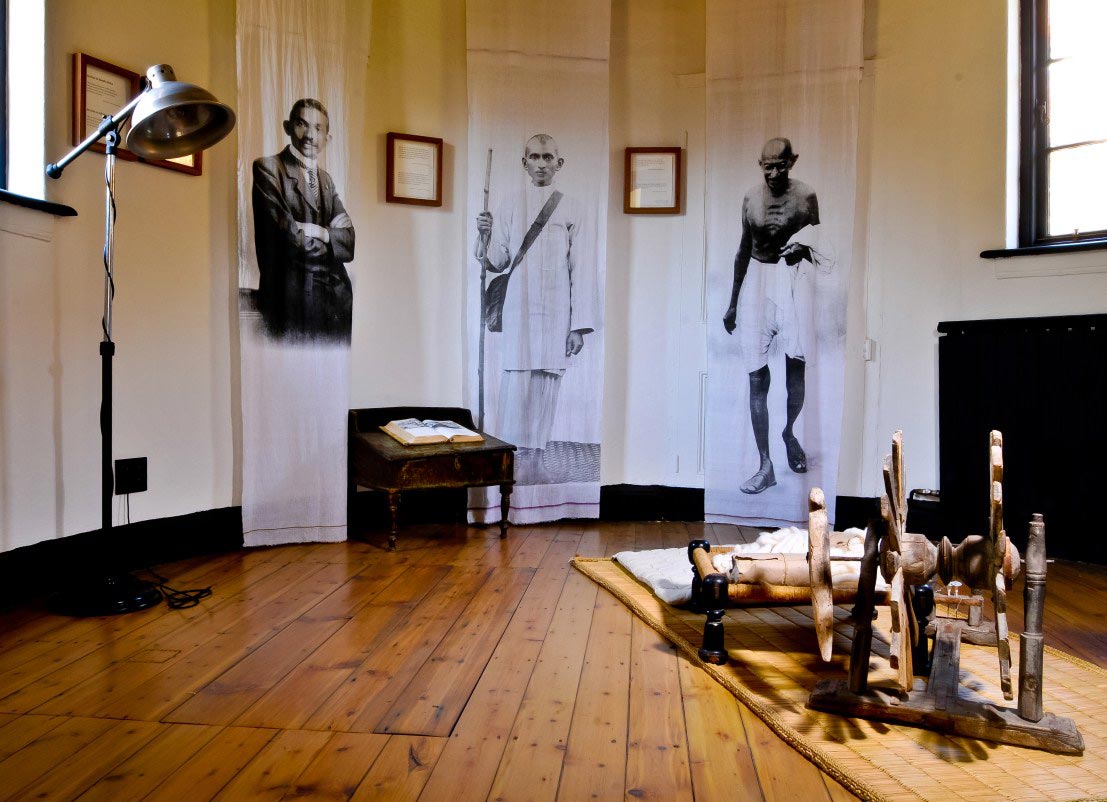 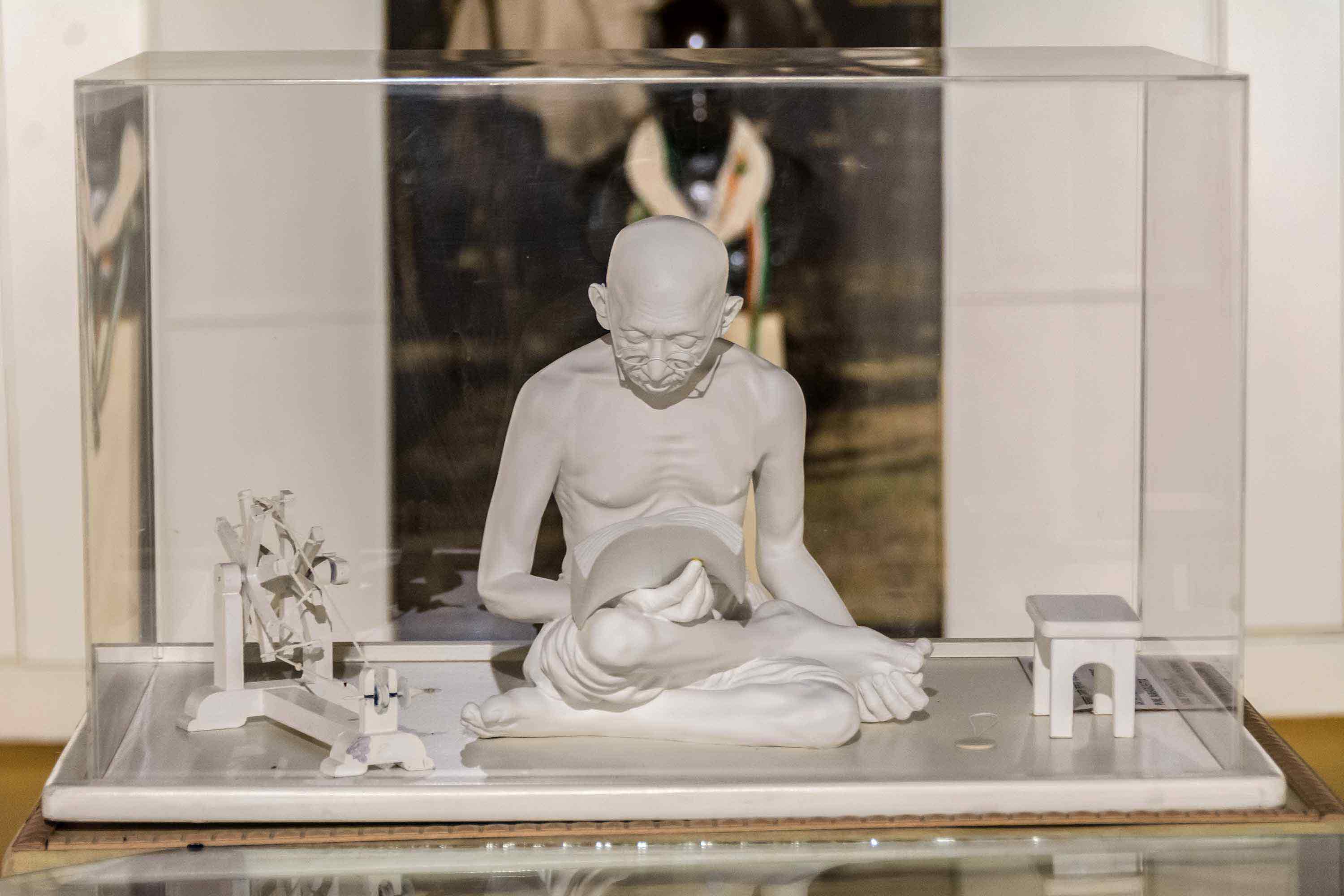 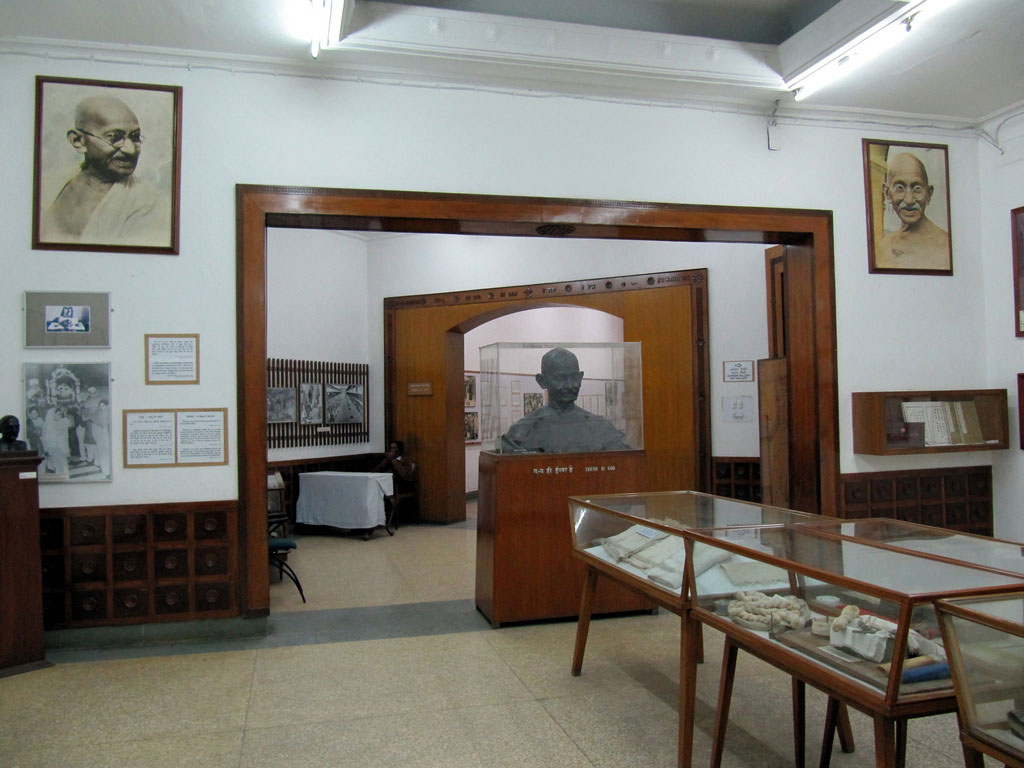 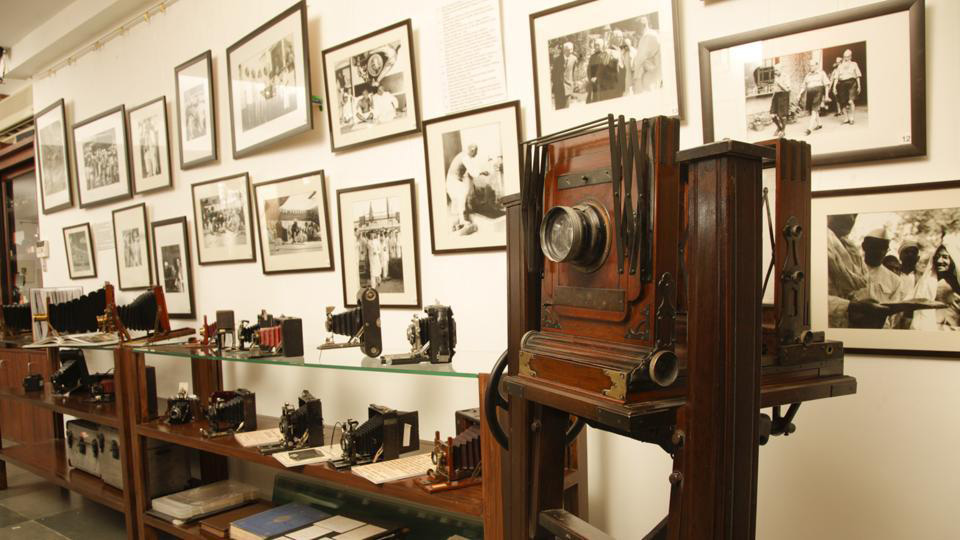 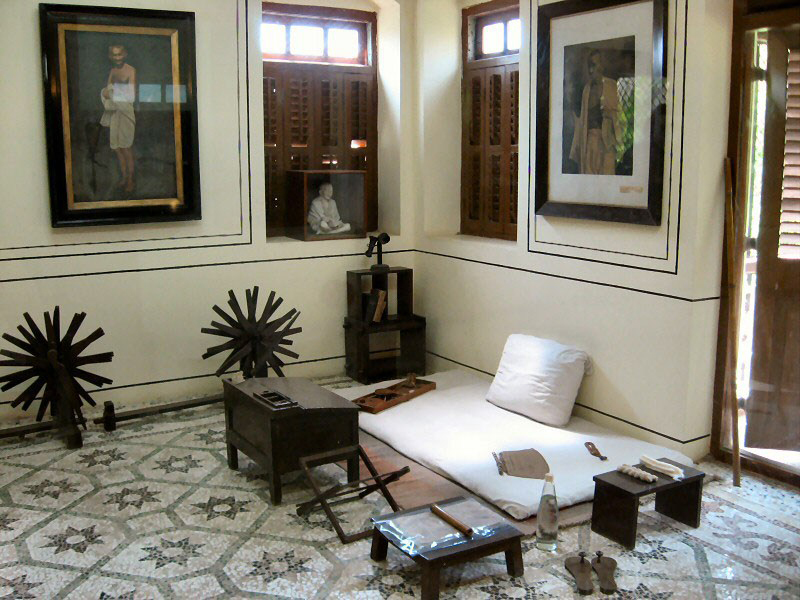 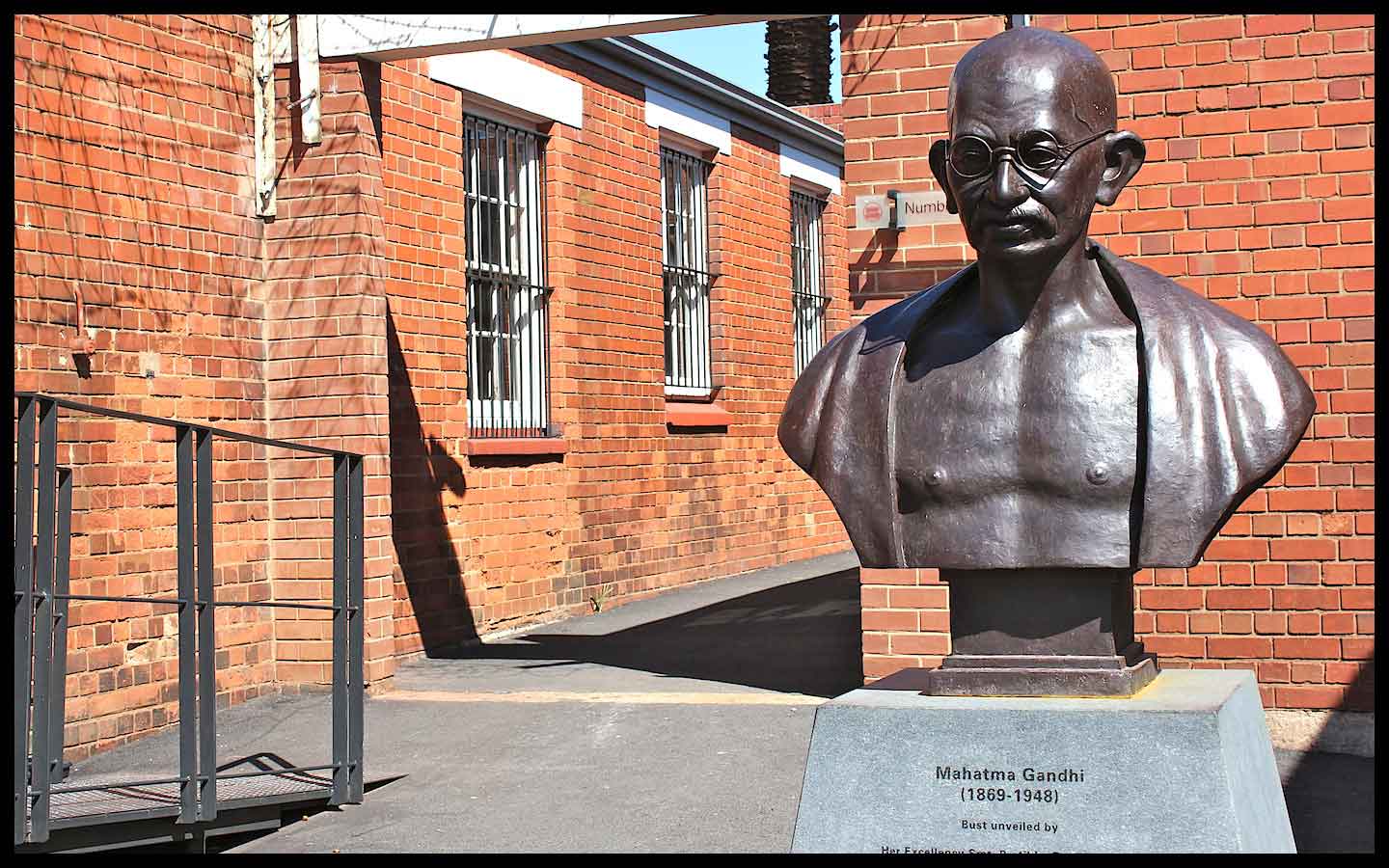 Mahatma Gandhi, the father of Indian independence, was one of the architects of India's freedom for struggle and a man who brought an entire empire to its knees without firing a single bullet.

Arrive Rajkot and transfer to your hotel.

Rajkot was the former capital of the princely state of Saurashtra. Rajkot was once a base for the Western States British government office and rapidly expanded into a prosperous, lively business centre, with an old city. This city is also associated with the Mahatma Gandhi, who lived here for several years. His father was the Dewan (Chief Minister) of Rajkot, once a small princely State.

Watson Museum – The Watson Museum and Library commemorates the work of Colonel John Watson, political agent from 1886 to 1889. It is a jumbled attic of the collection with the 3rd century inscriptions and a delicate ivory work overseen by a marble statue of Queen Victoria. The Watson Museum has collection of precious objects of colonial period, human history and culture, and History of Rajkot.

Rajkumar College – The world famous Rajkumar College is located in the city. This college dates back to the 19th century and is regarded as one of India's best private colleges. It was set up by the British for the education of the princes of the Indian state.

After breakfast drive to Porbandar; arrive and transfer to your hotel.

Porbandar, the coastal heritage town of Gujarat is located on the Saurashtra peninsula, on the Arabian Sea. This city is described in Skanda Purana as Sudamapuri and Ashmavati and had a flourishing trade with Africa and Arabia. According to the legends, this city was the main link of the great friendship between Lord Krishna and Sudama. Porbandar was established as a capital by Rana Sartanji in 1785 AD. Porbandar was the former capital of the Jethwa Rajput petty princely state.

The most impressive feature of Porbandar is the city planning and the stone buildings with ashlar masonry and rich carving, the facades of the houses on either side of the streets, with windows and carved gateways. Porbandar is also associated with Mahatma Gandhi, the father of nation as he was born here. Today, fine quality silk and cotton are manufactured here. There are also chemical factories and cement works.

Huzoor Palace – Huzoor Palace is located at the end of Marine Drive, in a huge campus. This sprawling palace is built in the European style with sloping roofs, several wings and big windows, overlooking the sea.

Sartanji Choro – Rana Sartanji built Sartanji Choro, the three-storey summer pavilion. This palace was built in the Rajput style as a retreat in the middle of the garden. Each side of the garden represent a different reason. The pillars with images of musicians, profusely carved foliated arches and a single dome at the top gives an idea of bygone days, when Rana Sartanji used to compose poems in Braj language, sitting under this pavilion.

After breakfast drive Bhavnagar and transfer to your hotel.

Bhavnagar was founded by Bhavsinhji Gohil in 1723 AD near the Gulf of Khambhat, on a carefully chosen strategic location having potential of maritime trade. Till independence, Bhavnagar State was ruled by the Gohil Rajput clan. This city is also associated with the Mahatma Gandhi, who went to the Bhavnagar university.

Later visit The Gandhi Smriti and Barton Museum which is located in the northeast, by the clock tower and has a good collection of Gandhi memorabilia.

Gaurishanker Lake: A beautiful picnic spot near the lake. There is also a well laid out park.

Takhteshwar Temple: Situated on a hill, the site provides a panoramic view.

Lock Gate: The first of its kind in Gujarat. The sea-water here is impounded by the lock gates to keep ships afloat during low tide, which could be seen with special permission.

Lothal: A perfect place to get an insight of the Indus Valley civilization. The most dominating site at Lothal is the massive dockyard spanning an area of 37 meters by 22 meters perhaps the greatest work of Maritime Architecture. Lothal was also famous for its arterial streets, microbes of gold, ivory and coppersmiths' workshops, potteries and underground sanitary drainage. (Closed on Fridays).

Later continue to drive to Ahmedabad; arrive and transfer to your hotel.

Ahmedabad is Located on the banks of the river Sabarmati; the city was founded by Sultan Ahmad Shah in 1411. Today it is one of the fastest growing cities of India and is an immense repository of tradition, history & culture. Its famous walled area is one of the finest examples of community living & the city thrived as the textile capital & was nicknamed “Manchester of the East' in 1888. This multicultural city is home to some of the finest Indo-Saracenic mosques & Jain temples.

The old city of Ahmedabad is dotted with labyrinthine by-lanes called 'polls'. The exquisite carved wooden mansions and havelis are in no manner less than their stone counterparts in Rajasthan. The city also offers a rich architectural legacy that blends Hindu and Muslim schools of architecture, stone and brick with arches, domes and vaults, carved pillars, trefoil designs besides the modern buildings designed by the famous French architect, Le Corbusier and Louis Kahn.

After breakfast proceed for city tour of Ahmedabad.

Gandhi Ashram: On a quiet peaceful stretch of the Sabarmati River, Mahatma Gandhi set up a simple retreat in 1915. This was his Satyagrah Ashram and for many years it was the nerve centre of India’s freedom movement. It was from here, in 1930, that Mahatma began his famous Dandi March to the sea to protest against the Salt Tax imposed by the British. HridayaKunj, the simple cottage where he lived, is now a national monument and preserved as it was during the Mahatma’s life-time.

Sidi Sayed Mosque: One part of the wall in the old citadel of the mosque built by Ahmed Shah’s slave, Sidi Sayed, is celebrated the world over for its exquisite stone window tracery – a superb & peerless example of delicate carving that transforms stone into filigree.

Jumma Masjid: The Friday mosque was built by the city’s founder, Sultan Ahmed Shah, in 1423. Built of yellow sandstone in an architectural style that combines the best of Muslim & Hindu traditions. It stands on 260 pillars that support 15 domes at varying elevations.

Teen Darwaja: The triple-arched gateway was built by Sultan Ahmed Shah to serve as the royal entrance to the Maidan Shahi or the Royal Square. It is in an imposing monument of perfect proportions & highly ornate buttresses.

Adalaj Step-well: Adalaj is situated about 17 kms. north of Ahmedabad. The Baoli or step-well at Adalaj Vav is one of the finest step well in India. Queen Rudabai built this well in 1499 to provide the traveller with a cool and pleasant refuge from the summer heat. A long flight of steps descends to the water. It has three entrances leading to a huge platform that rests on 16 pillars, with corners marked by shrines. Ornately carved pillars and cross beams create open spaces and four storey that are quite striking. The octagonal well is five storey deep. The Baoli is decorated with exquisite stone carvings, subjects range from eroticism to buttermilk.

Akshardham: Lord Swaminarayan, born in Chapaya in Uttar Pradesh, took a seven-year pilgrimage in Gujarat to preach his religion. He built six temples, the first being at Kalupur in Ahmedabad. Akshardham, the Swaminarayan temple of Gandhinagar, is a modern complex, built in traditional Indian architectural style from 6,000 metric tons of pink Rajasthan sandstone, carved by expert artisans from Bansipahadpur. The temple is set in a multi-acre garden called Sahajanand Van, with intricate sculptures of Hindu Gods. There is a gold leaf copper sculpture of Lord Swaminarayan that faces similar sculptures of Gunatinand Swami. The interiors have beautiful columns in rosewood that rise up to a high dome. Akshardham remains closed on Mondays.

In time transfer to Ahmedabad Airport / Railway Station to board flight/train for your onward journey to your next destination.

• Sasangir National Park will be closed from 15th June to 15thOctobereveryyear.
• 100% bookings for Sasangir safaris are done online through the website www.girlion.in . We would not be in a position to help if the safari is not booked in advance. Guests’ ID proofs are required for safari bookings.