Handpicked tours and customer holiday packages to provide you best in class experience. 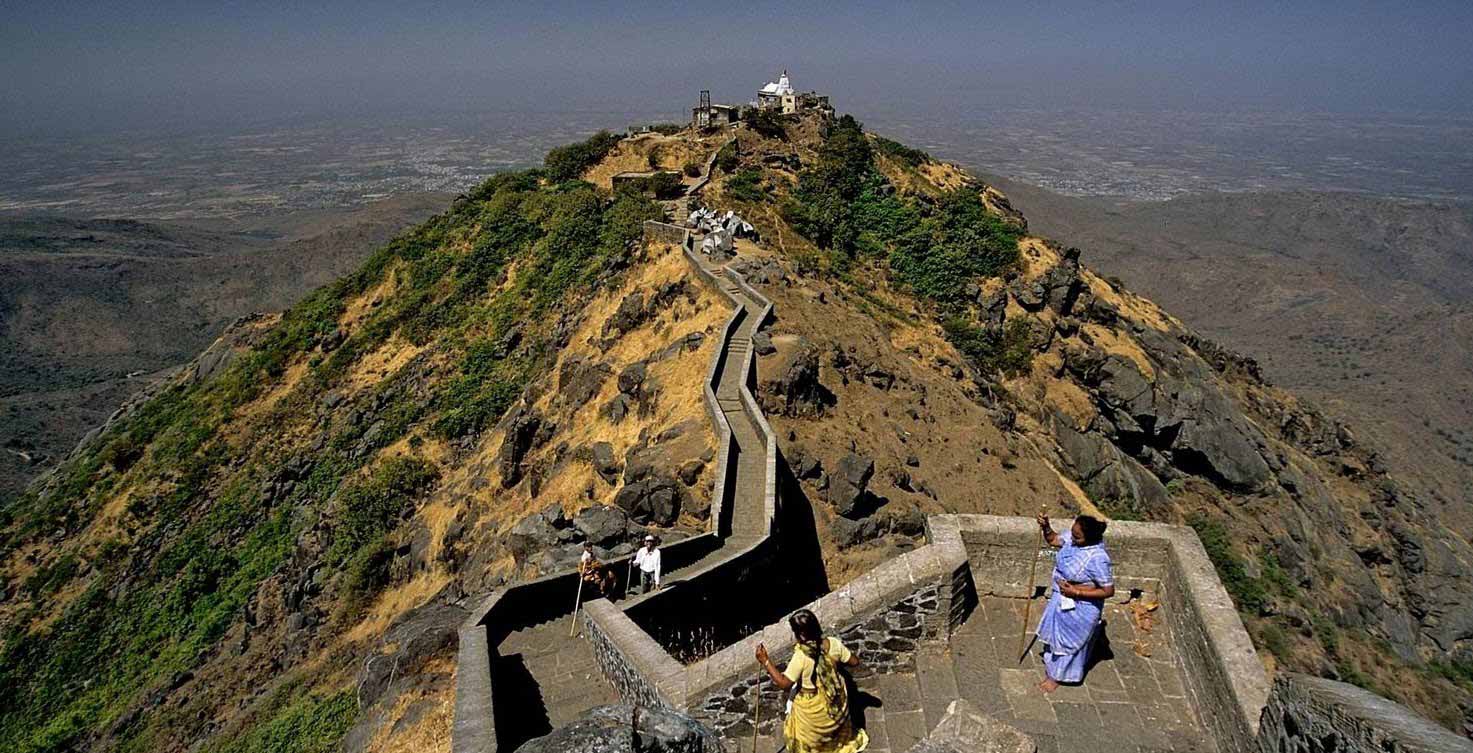 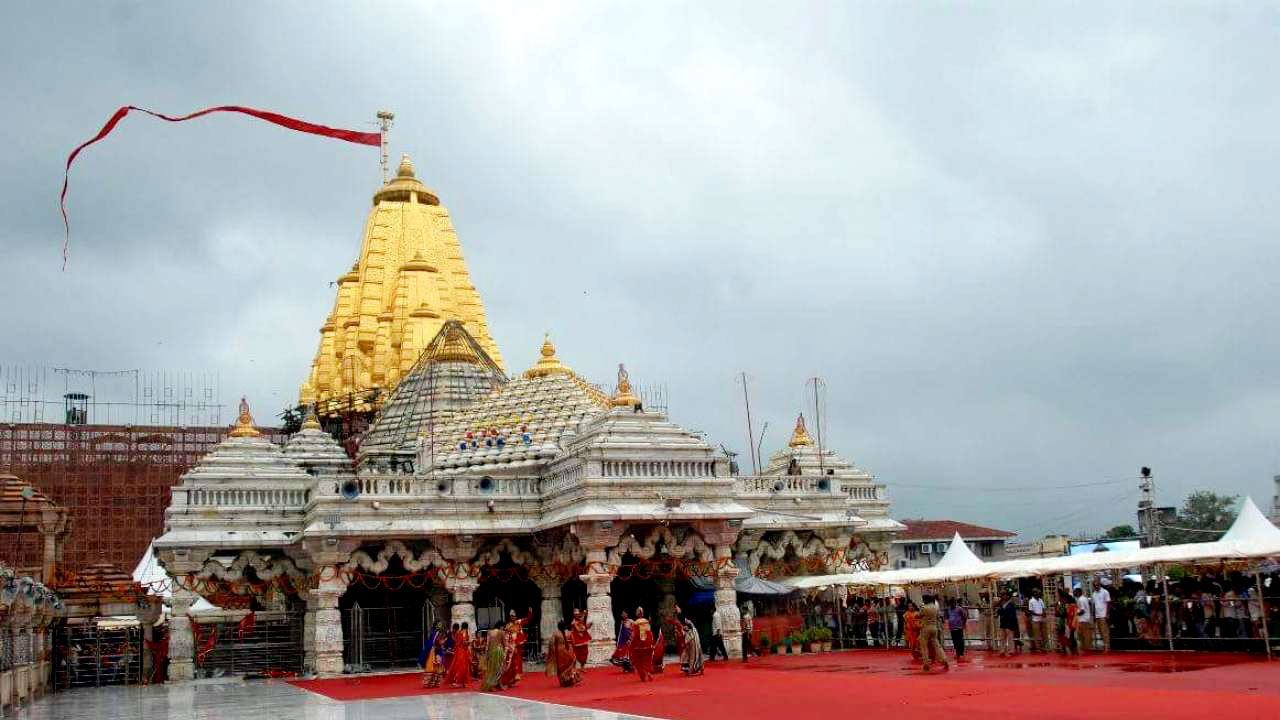 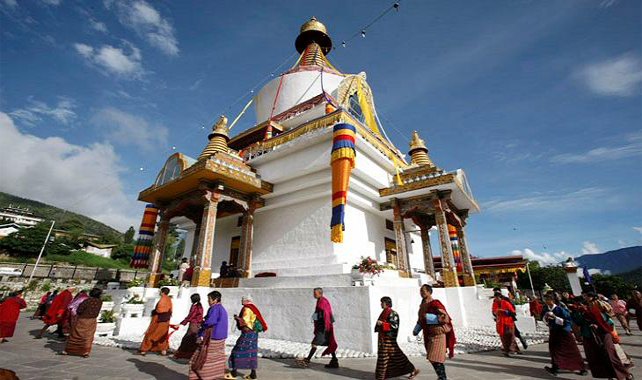 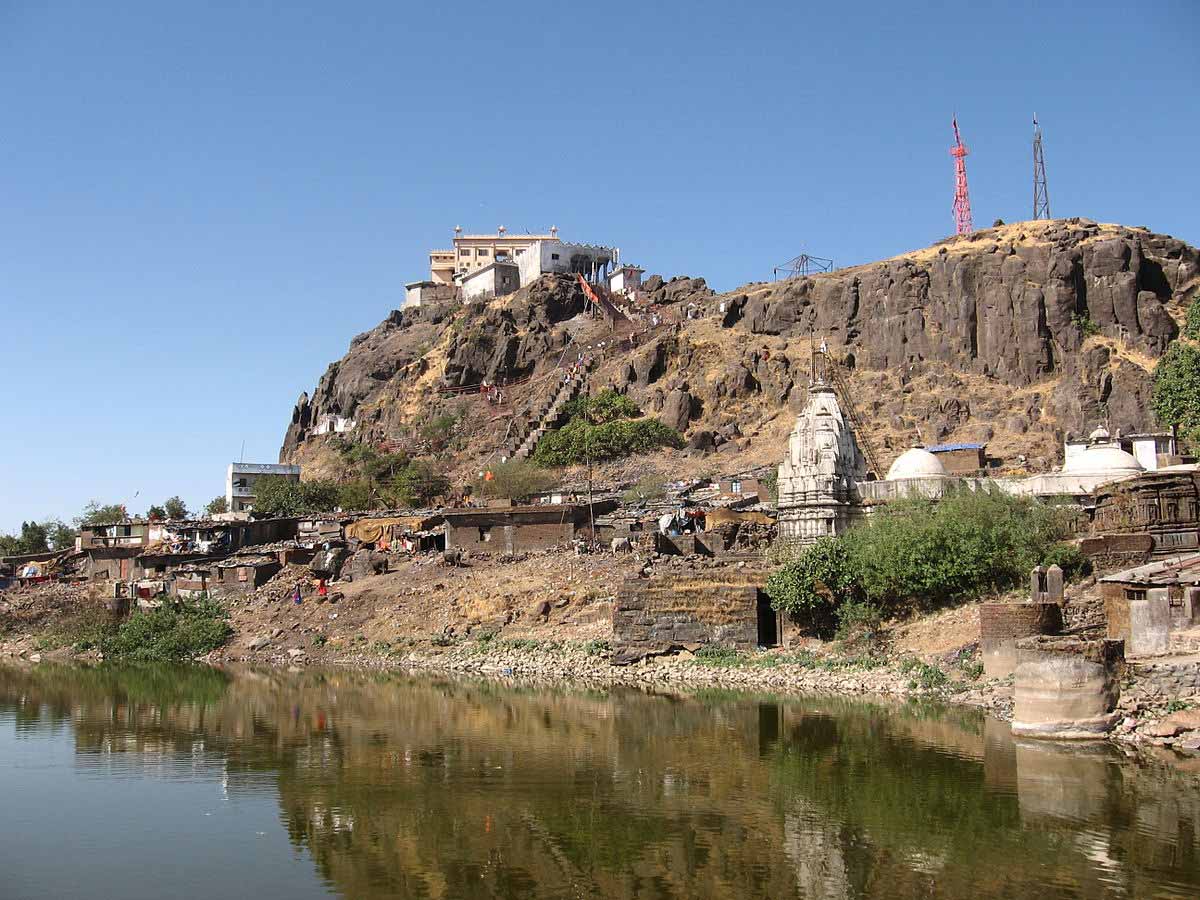 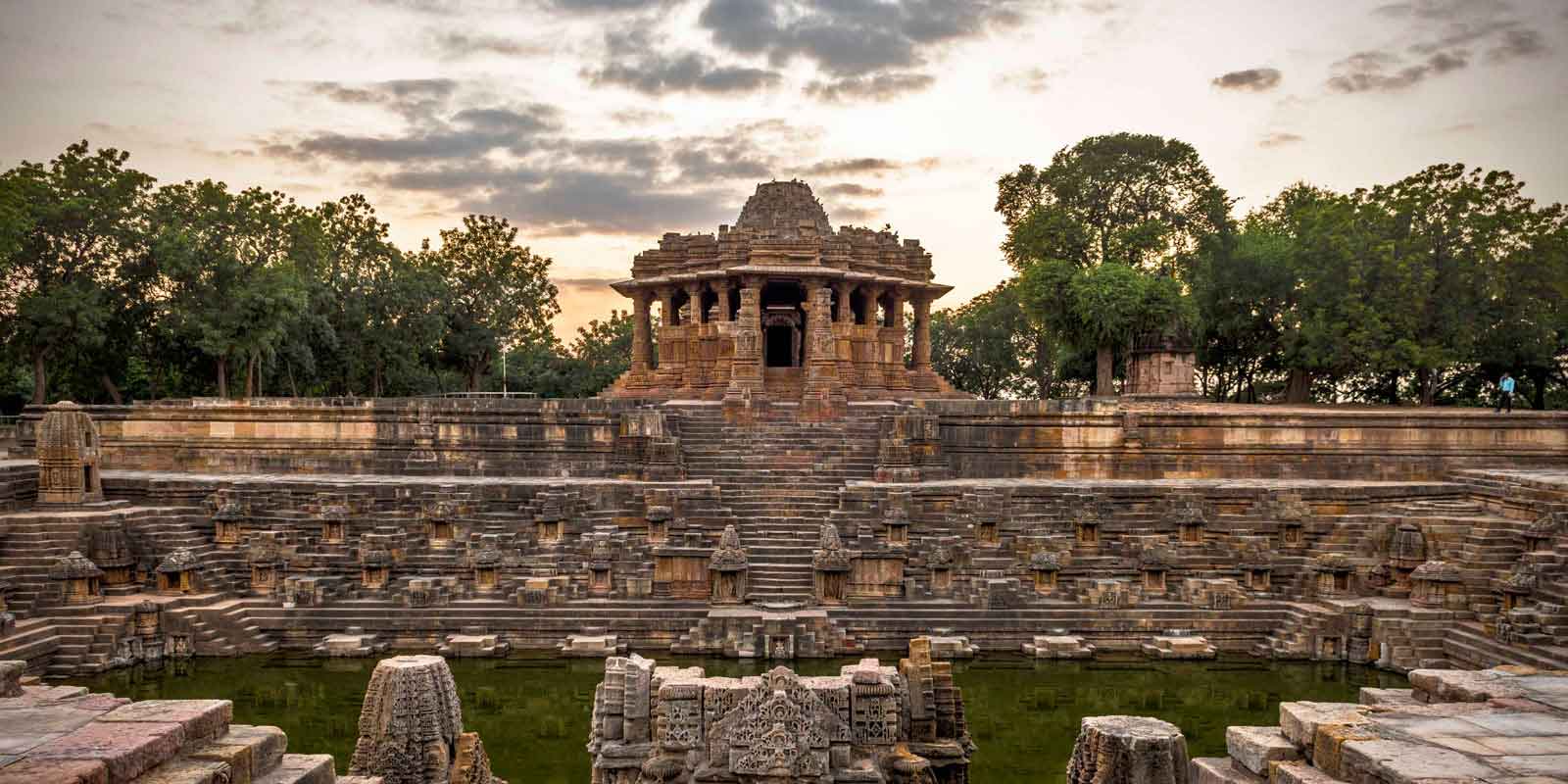 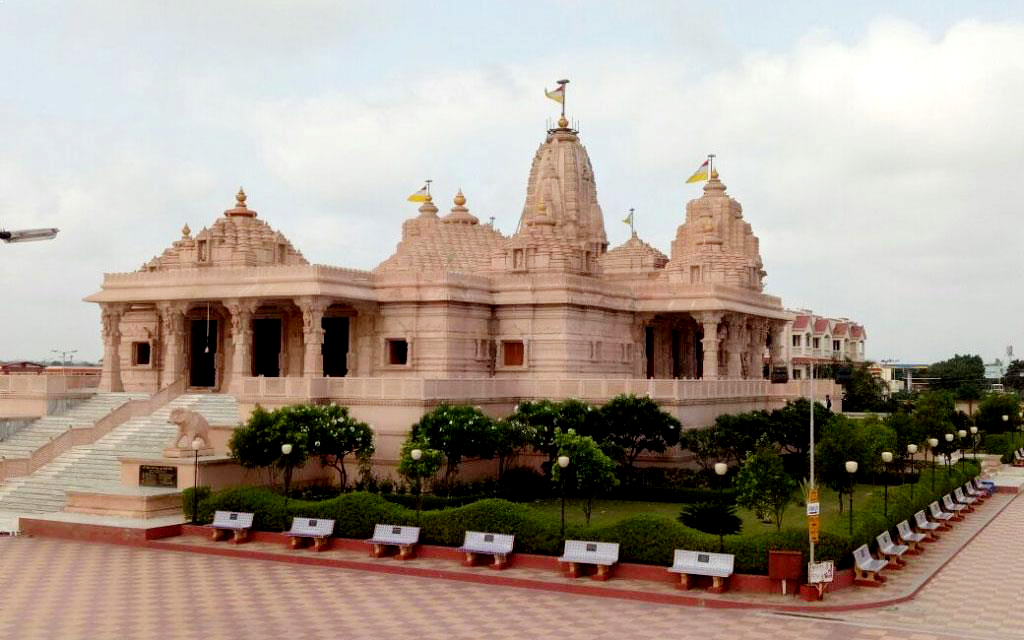 Kindly note, the names of hotels mentioned above only indicate that our rates have been based on usage of these hotels. It is not to be construed that accommodation is confirmed at these hotels until and unless we convey the confirmations to you on receipt of your acceptance. However in the event of any of the above mentioned hotels not becoming available at the time of initiating the reservations, we shall book alternate accommodation.

Gandhi Ashram: On a quiet peaceful stretch of the Sabarmati River, Mahatma Gandhi set up a simple retreat in 1915. This was his Satyagrah Ashram and for many years it was the nerve centre of India’s freedom movement. It was from here, in 1930, that Mahatma began his famous Dandi March to the sea to protest against the Salt Tax imposed by the British. Hridaya Kunj, the simple cottage where he lived, is now a national monument and preserved as it was during the Mahatma’s life-time. Must pick gifts and souvenirs from the Ashram shop. Spend a little time here by the river watching the parrots and the squirrels. Peace and tranquility prevails here.

Adalaj Step-well: Step wells were built in olden times to serve the man purposes of - holding rain water for later use, a resting place for the travellers, a watering hole for the travellerswho had caravans and animals with them. Best examples of rain water harvesting! The Adalaj step is situated 17kms north of Ahmedabad. The step well at the village of Adalaj is another fine example of this magnificent architectural form. Adalaj Vav is richly carved, every pillar and wall surface covered with leaves and flowers, birds and fishes and friezes of ornamental designs.

Vaishno Devi Temple: A popular temple of goddess Vaishno Devi located on S.G. Road (Sarkhej-Gandhinagar highway), it is modelled based on Vaishno Devi temple situated in Jammu & Kashmir. The only difference between the two is that one at Ahmedabad can be visited within a couple of hours. It can be seen crowded every day, and on weekends devotees from all over India visit this temple.

After breakfast proceed for day excursion to Ambaji temple.

Ambaji – Ambaji Temple contains no idol, but an inscribed Yantra in the niche. Ambaji is essentially a temple town-with a temple dedicated to Goddess Ambaji at the centre. The Ambaji Temple and the front court ‘Chachar no Chowk’ are aligned in the same axis of the cave at Gabbar hill-the original abode of Goddess Ambaji. Twenty two kms from Danta is one of the major Shakti-piths of India, situated in the Arasur hills. The present temple was constructed a few years ago, maintaining the original architectural style. Millions of pilgrims visit the temple every year-especially during Navratri to seek the blessing of Goddess Ambaji.

After breakfast proceed for day excursion to Pavagadh.

PAVAGADH: Most of the Hindus in India have faith in goddess Mahakali, particularly from the western region covering the states of Gujarat, Rajasthan & Maharashtra. The famous and the oldest temple of Mahakali is situated at Pavagadh, near Vadodara, one of the main cities of Gujarat. The temple has become the place of the pilgrimage for almost all Hindus in India. This temple is among the three main Shaktipeeths in Gujarat. It has been said in Hindu Shastras that after the famous Tandava dance of Lord Shiva, the various parts of the body of Sati fell at many places. These places are called Shaktipeeths. It is said that the left breast of the Sati had fallen here at Pavagadh. As the name suggests, the temple is located on a mountain, near to the Champaner town.

After breakfast drive to Chotila hills.

Chotila: On Ahmedabad-Rajkot Main Highway, Chotila town is situated at the foot of the Chamunda hill which is surmounted by the temple of the Goddess Chamunda at a height of 1173 feet. Originally a holding of the Sodha Parmar clan, Chotila was conquered from Jagasio Parmar by the KhacharKathis in 1566 AD. Most of the KhacharKathis trace their origin to the Chotila house.

According to a legend, Jagasio Parmar of nearby town Muli was murdered by the Kathis of KhacharKuman and Vala clans. These Kathis took possession of Chotila and then divided it into four parts (char tilas), the village thereafter came to be known as Chotila.

Later drive to Rajkot; arrive Rajkot and transfer to your hotel.

Mount Girnar: Girnar Mountain is about 1100m (3630 ft.) high and is an extinct volcano. It is said that Mount Girnar was once a flying mountain. It is 4km east of Junagadh and is the main tourist attraction in the area.
On the plateau about 180m (600 ft.) from the top of the hill, is a group of beautifully carved Jain temples built between 1128 and 1500. Neminath, the 22nd tirthankara, is said to have died on Mount Girnar after living here for 700 years. There is a special marble temple dedicated to him here, and a black marble statue of him. The Mallinath Temple (1177) is impres- site. On top of the hill is a small Vishnu temple dedicated to Dattatreya. There is also a temple dedicated to the goddess Amba Mata dating back to the 12th century. It is said that a visit to this temple guarantees a happy marriage. There are good views from the top of the mountain.

The steps go down and up again to Gorakhnath Peak at 1100m (3666 ft.), where there are footprints of the rishi Gorakhnath. There is another peak where there are footprints of Ne-minath. Further on is a goddess Kalika shrine. Visitors must climb 5,500 steps to reach the top of the hill, so it is best to start early in the morning (before 7 am). It is a difficult two-hour climb. Hundreds of people climb this hill every day. There are many stalls selling cold drinks along the way, but none selling bottled water, so bring your own.

Later drive to Junagadh; arrive Junagadh and transfer to your hotel.

After breakfast drive back to Ahmedabad. Arrive Ahmedabad and in time transfer to Air-port / Railway Station to board your flight / train for onward journey to your next destination.

Check-In time is 1400 hrs& Check-out time 1200 NOON at all hotels.
• Sasangir National Park will be closed from 15th June to 15thOctobereveryyear.
• 100% bookings for Sasangir safaris are done online through the website www.girlion.in . We would not be in a position to help if the safari is not booked in advance. Guests’ ID proofs are required for safari bookings.