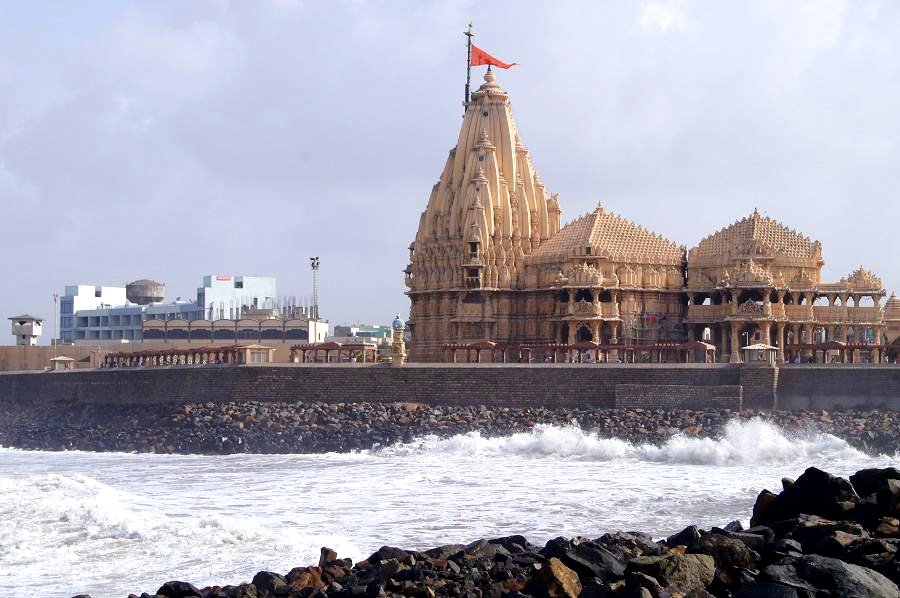 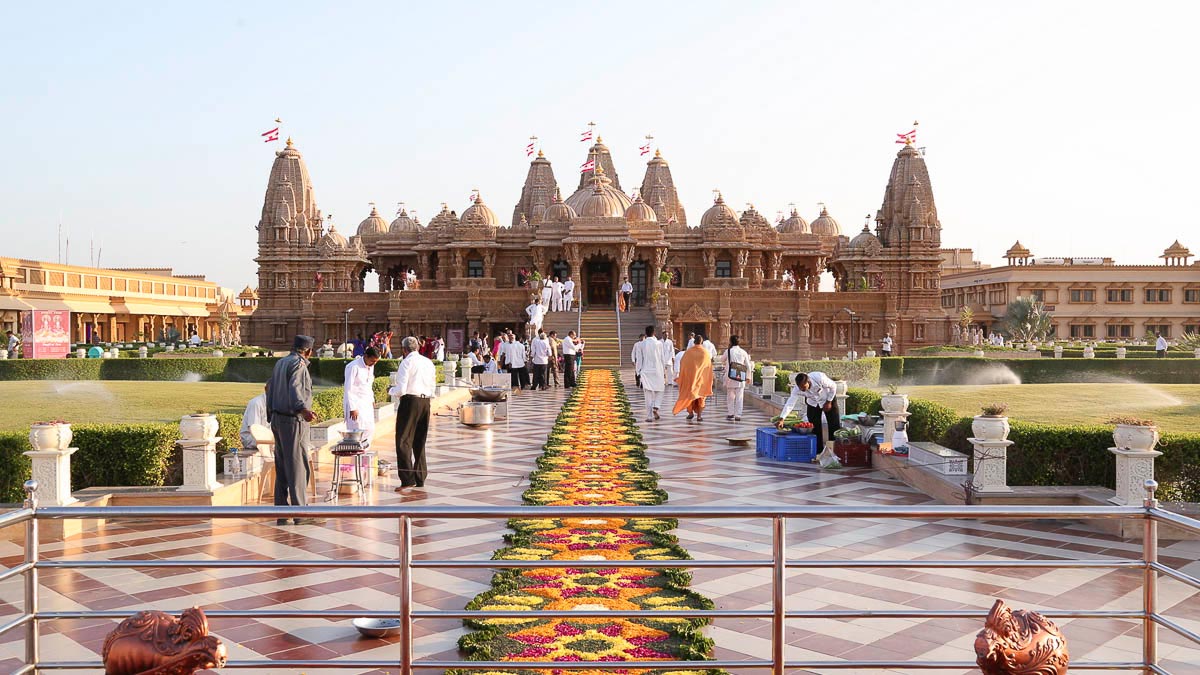 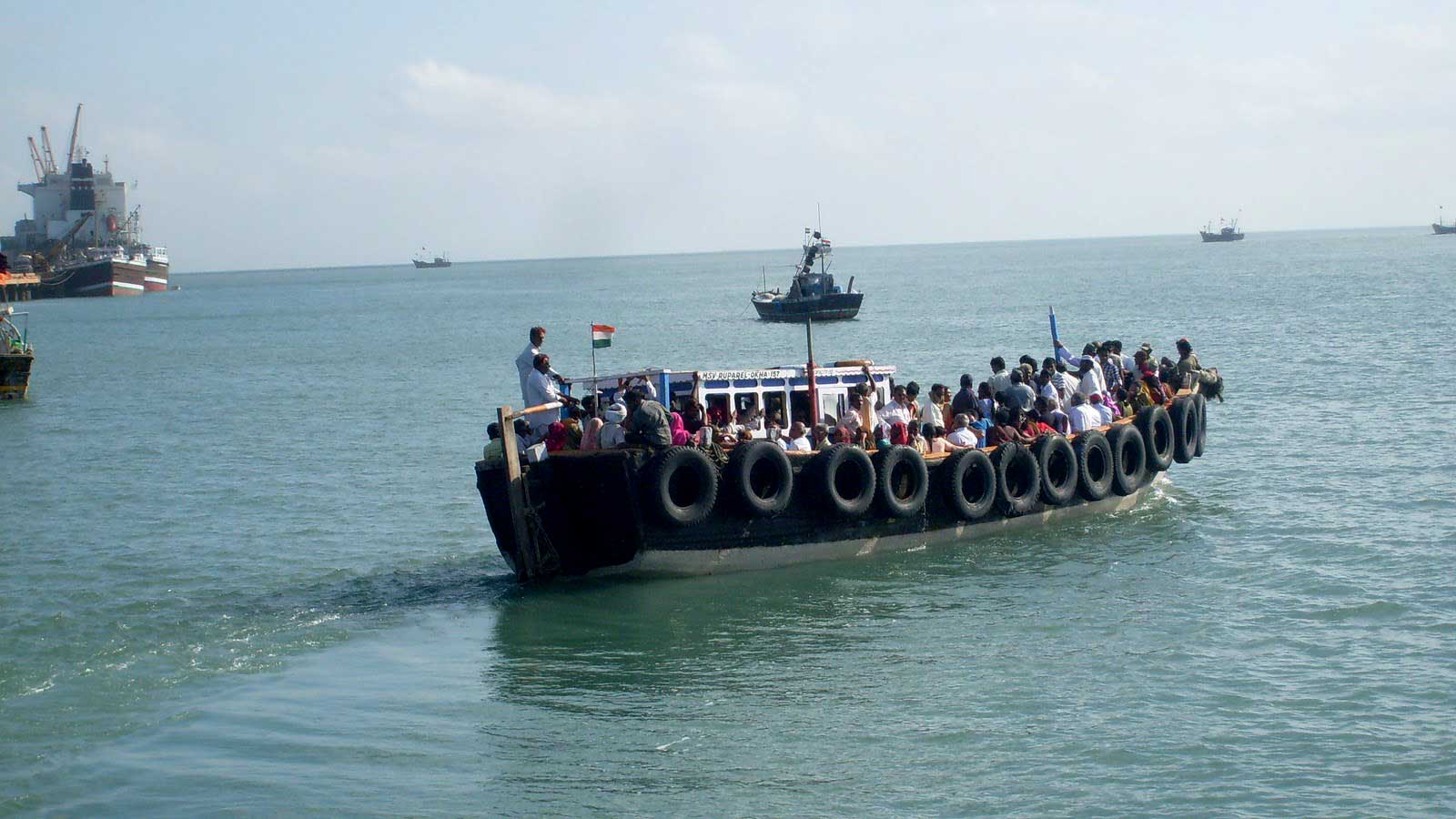 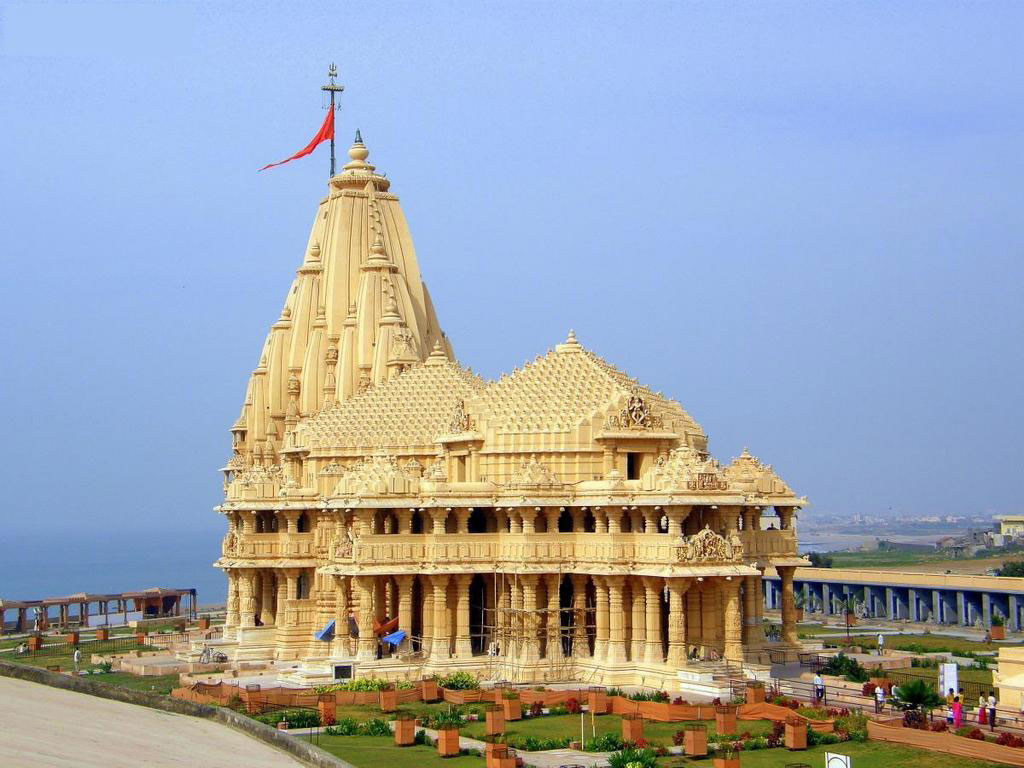 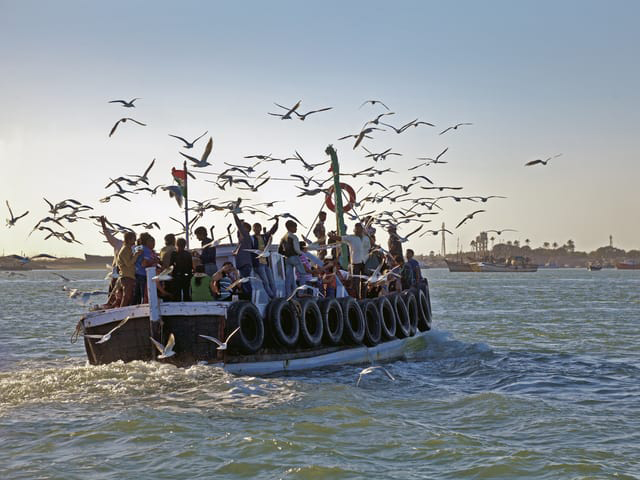 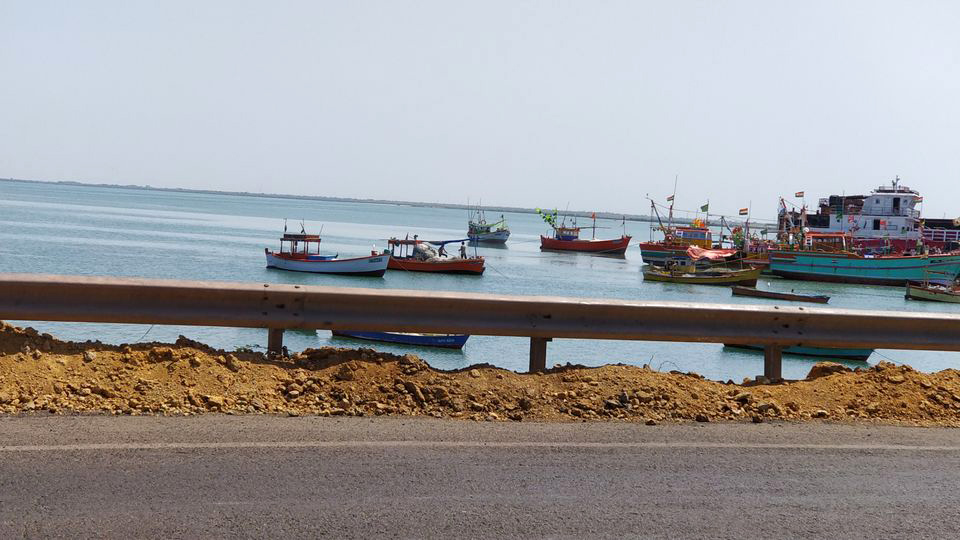 Visit Dwarka, an ancient city, housing one of the principal pilgrimage sites of Hindus, ‘Dwarkadhish temple’ and Somnath city, home to the legendary & most revered 'Jyotirlinga' temple.

Gujarat is a melting pot of a variety of cultures, people, cuisines, fairs & festivals and historic places.

Arrive Ahmedabad in the morning & drive to Dwarka.

Dwarka: An ancient city, housing one of the principal pilgrimages - ‘Dwarkadhish temple’ of Hindus. According to the legend, Lord Krishna moved to this coastal town to set up a capital. Marine excavations of the Dwarka coast have revealed important evidences of ancient city, which probably include the ‘Dwarawati’ of the ‘Krishna Lila’. Today, it is not only a major pilgrimage site but a pleasant spot for a beach holiday.
Another popular place in Dwarka, part of the Dwarkadhish Temple is Sabha Mandapa. It is a 60-pillared hall, which houses almost 2500 years old scriptures. The hall has ‘Jharokhas’, offering a nice view of the nearby flowing Gomati River.

After breakfast visit Bet Dwarka &Nageshwar temple.
Bet Dwarka: Bet is situated at 30kms from Dwarka and is surrounded by sea from all sides. One can reach Bet from Dwarka through Okha by road. On reaching Okha port jetty, one can reach Bet through a little sea journey by a small boat.

Nageshwar Temple or Nagnath Temple is located on the route between Gomati Dwarka and the Bait Dwarka Island on the coast of Saurashtra in Gujarat. The Jyotirlinga enshrined in the Temple of Nagnath is known as Nageshwar Mahadev and attracts thousands of pilgrims all-round the year. This powerful Jyotirlinga symbolizes protection from all poisons. It is said that those who pray to the Nageshwar Lingaa become free of poison. The Rudra Samhita shloka refers to Nageshwar with the phrase 'DaarukaavaneNaagesham’.

The Rukmini temple, dating from 12 to 13 Century, was built in honour of Rani Rukmani, princess of Vidharba, which was to be married to Sishupala but fled with Lord Krishna. This small temple, 1.5 km north of the city, is an architectural masterpiece. The temple walls are decorated with beautiful paintings and sculptures.

Early morning visit the Dwarkadhish Temple and witness the Aarti.

Porbandar, the coastal heritage town of Gujarat is located on the Saurashtra peninsula, on the Arabian Sea. This city is described in Skanda Purana as Sudamapuri and Ashmavati and had a flourishing trade with Africa and Arabia. Till date, the spice market in Porbandar draws a huge crowd. According to the legends, this city was the main link of the great friendship between Lord Krishna and Sudama. Porbandar was established as a capital by Rana Sartanji in 1785 AD. Porbandar was the former capital of the Jethwa Rajput petty princely state. The most impressive feature of Porbandar is the city planning and the stone buildings with ashlar masonry and rich carving, the facades of the houses on either side of the streets, with windows and carved gateways. Porbandar is also associated with Mahatma Gandhi, the father of the nation as he was born here. Today, fine quality silk and cotton are manufactured here. There are also chemical factories and cement works.

Later visit Kirti Mandir – Kirti Mandir was the house of Mahatma Gandhi and Kasturba, his wife. This place is situated near the place where the Mahatma was born. This place is now a small museum and also has a Gandhian library and a prayer hall. Bharat Mandir is another place to visit, which houses relief map of India and reliefs of great historical personalities who shaped India’s future.
Later continue to drive to Somnath; arrive Somnath and transfer to your hotel.

Somnath consists of a few streets leading away from its phoenix like temple. The rugged sea below gives it a lonely, wistful charm. Somnath is mainly known for the legendary shore temple of Somnath, which is dedicated to the Lord Shiva. The temple is an example of grit and determination and how to rise out of downfall as the temple has been plundered and destroyed many times and re-erected again in all its glory. To be precise, destroyed seven times and built eight!

The legendary shore temple of Somnath is one of the twelve most sacred shrines dedicated to the Lord Shiva. The temple contains the Jyotirlinga of Lord Shiva. According to the le-gends, the Somnath temple is very old and was originally built in gold by the Somraj, the Moon God. Later, it was rebuilt by Ravana, in silver; then by Krishna in wood and Bhim Dev in stone. Mahmud of Ghazni, upon hearing the description of the richness of the Somnath temple by Al Biruni, an Arab traveller, visited this temple in 1024 AD. At that time, this temple had about 300 musicians, 500 dancing girls and 300 barbers to shave off the heads of pilgrims. After a two day’s battle, Mahmud destroyed the temple and carried away jewels and gold to his homeland. In all, the Somnath temple was rebuilt and destroyed eight times. This temple was finally rebuilt in 1950 with the support of Sardar Vallabhabhai Patel. The current temple was built as per the traditional designs on the original site by the sea and is a serene, symmetrical and sinuous structure. Today, this majestic temple is a replica of the earlier temple.

Later visit Rudreshvara Temple – Rudreshvara Temple is a ruined temple located near the Somnath temple. Bhalka Tirth – Bhalka Tirth is situated halfway between Veraval and Somnath. At this place, Lord Krishna was mistaken for a deer and wounded by an arrow. It is here that Lord Krishna decided to leave his human form and proceed to the eternal world.

After breakfast drive to Ahmedabad; arrive Ahmedabad and transfer to your hotel.

Ahmedabad, founded in the year 1411 AD is located on the banks of river Sabarmati and has been named after Sultan Ahmed Shah, who was primarily responsible for building it. Today, this city is known as the 'Manchester of the East', one of the highly industrialised cities in India and is also India's Textile City. Though the capital of Gujarat was shifted from Ahmedabad to Gandhinagar, it is still the second largest industrial city in western India.

The old city of Ahmedabad is dotted with labyrinthine by-lanes called 'polls'. The exquisite carved wooden mansions and havelis are marvellous. The city also offers a rich architectural legacy that blends Hindu and Muslim schools of architecture, stone and brick with arches, domes and vaults, carved pillars, trefoil designs besides the modern buildings designed by the famous French architect, Le Corbusier and Louis Kahn.

Today in time transfer to Ahmedabad Airport / Railway Station to board your flight / train for onward journey to your next destination.

• Sasangir National Park willbeclosedfrom 15th June to 15thOctobereveryyear.
• 100% bookings for Sasangir safaris are done online through the website www.girlion.in . We would not be in a position to help if the safari is not booked in advance. Guests’ ID proofs are required for safari bookings.