Cambodia is a very popular destination who travelers who love to explore history. There is a lot to explore in Cambodia and its rich culture. Book your Cambodia holiday today with us today. While you are exploring Cambodia, you might want to visit Laos and Vietnam too. 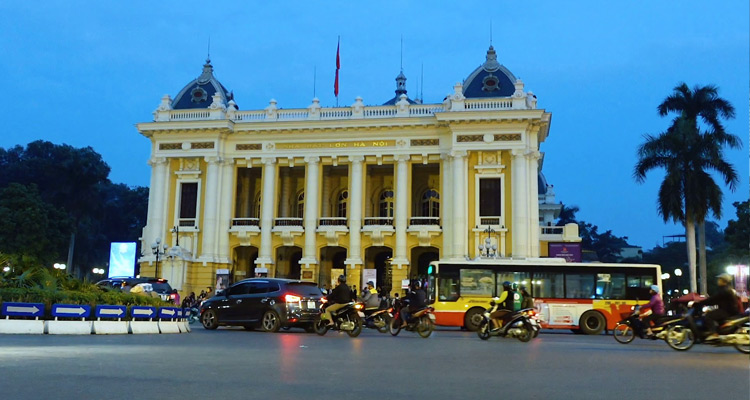 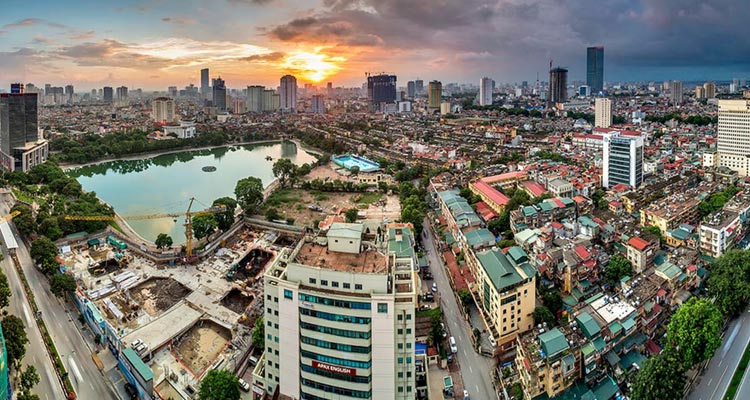 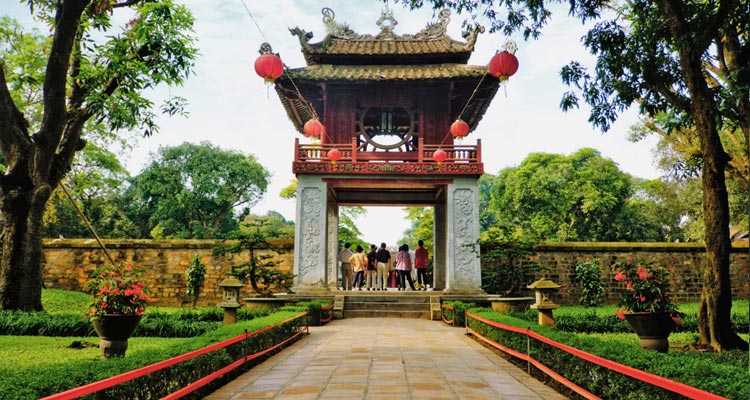 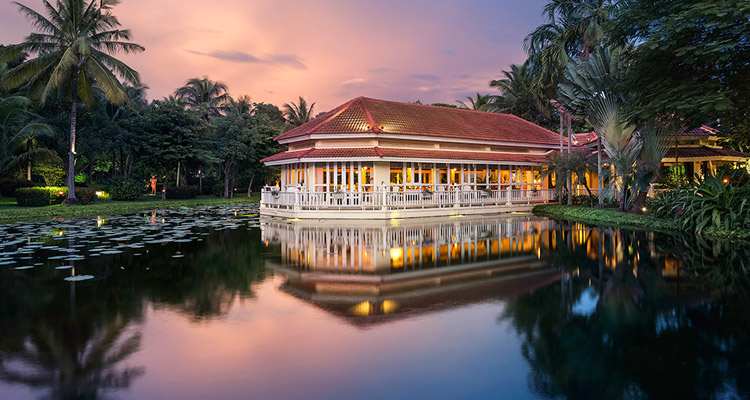 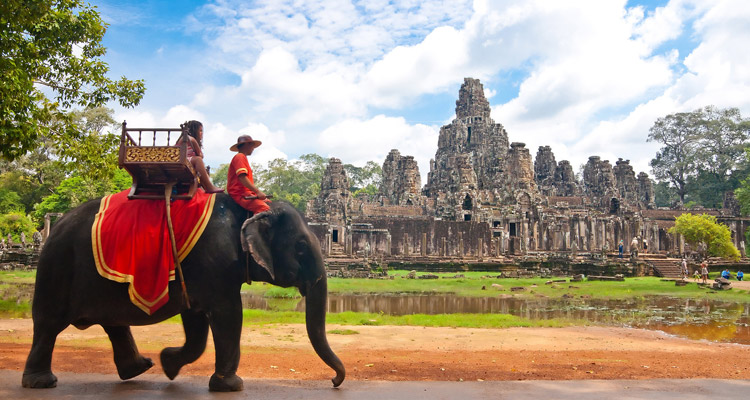 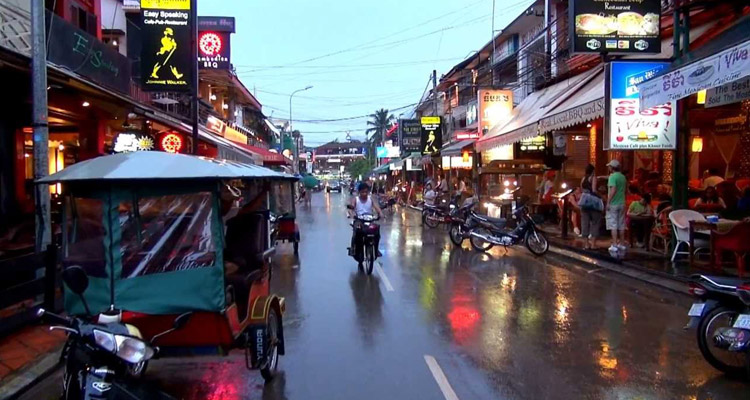 Hanoi, the capital of Vietnam, is known for its centuries-old architecture and a rich culture with Southeast Asian, Chinese and French influences. At its heart is the chaotic Old Quarter, where the narrow streets are roughly arranged by trade.

Welcome to Hanoi! Upon arrival in Hanoi, you will be picked up from the airport and transferred to a hotel for relaxing and welcome dinner

This morning we depart for Halong Bay, one of the most stunning natural wonders of Vietnam. We have breakfast at our hotel in Hanoi before heading out to Ha Long Bay, a UNESCO World Heritage Site. Around 12:00, arrive at your jetty in Halong City towards noon and proceed with check-in formalities. After your welcome onboard, a lunch will be served while cruising towards the bay itself. In the afternoon, enjoy some visits and/or activities (depending on each boat’s itinerary) or just spend some time relaxing on board. Towards the end of the day the boat sets anchor for the night among the karst formations. Dinner is served on board

Overnight on boat on Halong Bay

Distances and journey time:
From your chosen hotel in Hanoi to Halong Bay (160km): approx. 4hrs

Note: This tour may be subject to change depending on weather conditions

Enjoy your fresh morning in the middle of the bay, the sun rises on Halong in the morning and breakfast is served (brunch on some boats) while the vessels cruises slowly through the magnificent rock formations and back towards port. Disembark and transfer back to Hanoi. Free at leisure at hotel
Overnight in Hanoi

After breakfast at hotel, depart for a full day tour of Hanoi. Your first visit will be Temple of Literature. In 1076, Vietnam's first university Quoc Tu Giam was established within a temple to educate Vietnam's royalty, mandarins and members of the elite. The university functioned for an incredible 700 years and its gardens and well-preserved architecture offer a fascinating glimpse into Vietnam’s past.

Visit The One Pillar Pagoda, founded by King Ly Thai To in 1049, next. This structure is one of Vietnam’s most iconic temples. Close by is the mausoleum of the historic father figure of modern Vietnam, Ho Chi Minh, and the former presidents house on stilts where he lived from 1958 to 1969. His former home illustrates the modesty of this Vietnamese revolutionary. (Viewed from outside; closed Mon and Fri and from Oct-Nov)

Continue to picturesque West Lake and the sixth century Tran Quoc Buddhist Pagoda. From here transfer (or stroll along the lakeside) 700 meters to the nearby Taoist temple of Quan Thanh dedicated to Tran Vu, one of the principal deities in Taoism

Upon arrival in Siem Reap, you will be picked up from the airport and transferred to a hotel in Siem Reap for relaxing and your dinner with Apsara performance

After breakfast at the hotel, we spend a full day discovering the famous Angkor Complex. We enter the South Gate of Angkor Thom Temple and marvel at the wonders of the eerie Bayon, the terrace of Elephants and the terrace of the Leper King.

Afterwards, we continue and visit Ta Prohm temple, shrouded in the jungle and left untouched since it was found by French explorers in the 1850s.

In the afternoon we visit the Angkor Wat Temple. This architectural master piece was built in the 12th century, took 30 years to complete and represents the Khmer civilization at its grandest. Covering 81 hectares, it is one of the largest religious monuments ever built.

After breakfast at the hotel, we drive to Banteay Srey, one of the most unusual temples of Angkor. It lies 20 km north of the main group and is mostly made up red sandstone covered with elaborate decorations.
We also visit Banteay Samre, built in the third quarter of the 12th century. It consists of a central temple with four wings preceded by a hall and accompanied by two libraries, the southern most of which is remarkably well preserved

This afternoon, we set out on a cruise on beautiful Tonle Sap Lake, passing a floating village and getting a glimpse into the daily life on the lake

Enjoy your final day in Cambodia at leisure. Continue exploring Siem Reap on your own, go on a bargain hunt for silk scarves or shadow puppets at Psar Chas, the Old Market, or relax into a wicker chair in a sidewalk café. We will transfer you to the airport for your flight back home